Along with your uniform, your belt is a symbol of your journey as a student through taekwondo. In fact, as a color belt student, your belt will change more often than your uniform. The most obvious change will occur as you rise through the color belts, but less obvious changes will be due to red honor stripes or black progress stripes. Adornments are not allowed on black belts.

One of the tenets of martial arts, including taekwondo, is a balance between the body and the mind. This balance is illustrated by the ends of one’s belt: The ends of the belt should hang in equal lengths to illustrate the balance.

Belts should be tied snugly about the waist, but not too tight to restrict movement. They should not be so lose as to hang on the hips.

One should keep one’s belt from touching the ground. To do so shows disrespect to the belt, the uniform, and the progress one has made in this martial art.

Caring for your belt includes not washing your belt. In the history of martial arts, the darkening of one’s belt represents the knowledge one has accumulated as a student. Washing a belt “washes away” this knowledge. The belts used in our organization will not hold up well under washing because they’re not built to be washed.

The concept of belts and rank is probably one that most people associate with Taekwondo and martial arts in general, even if they only have a passing interest in the subject. In Songahm Taekwondo, our belts reflect a member’s proven level of competence and (just as importantly) the progression of colors reflects an inner journey that never truly ends. Each belt achieved is truly an accomplishment worthy of respect. It is also worth noting that achieving a belt isn’t just a matter of “spending enough time” in a previous belt. In order to achieve their next rank, a student must demonstrate their proficiency in their current belt’s techniques, to include Basic Moves, Sparring, and Forms. 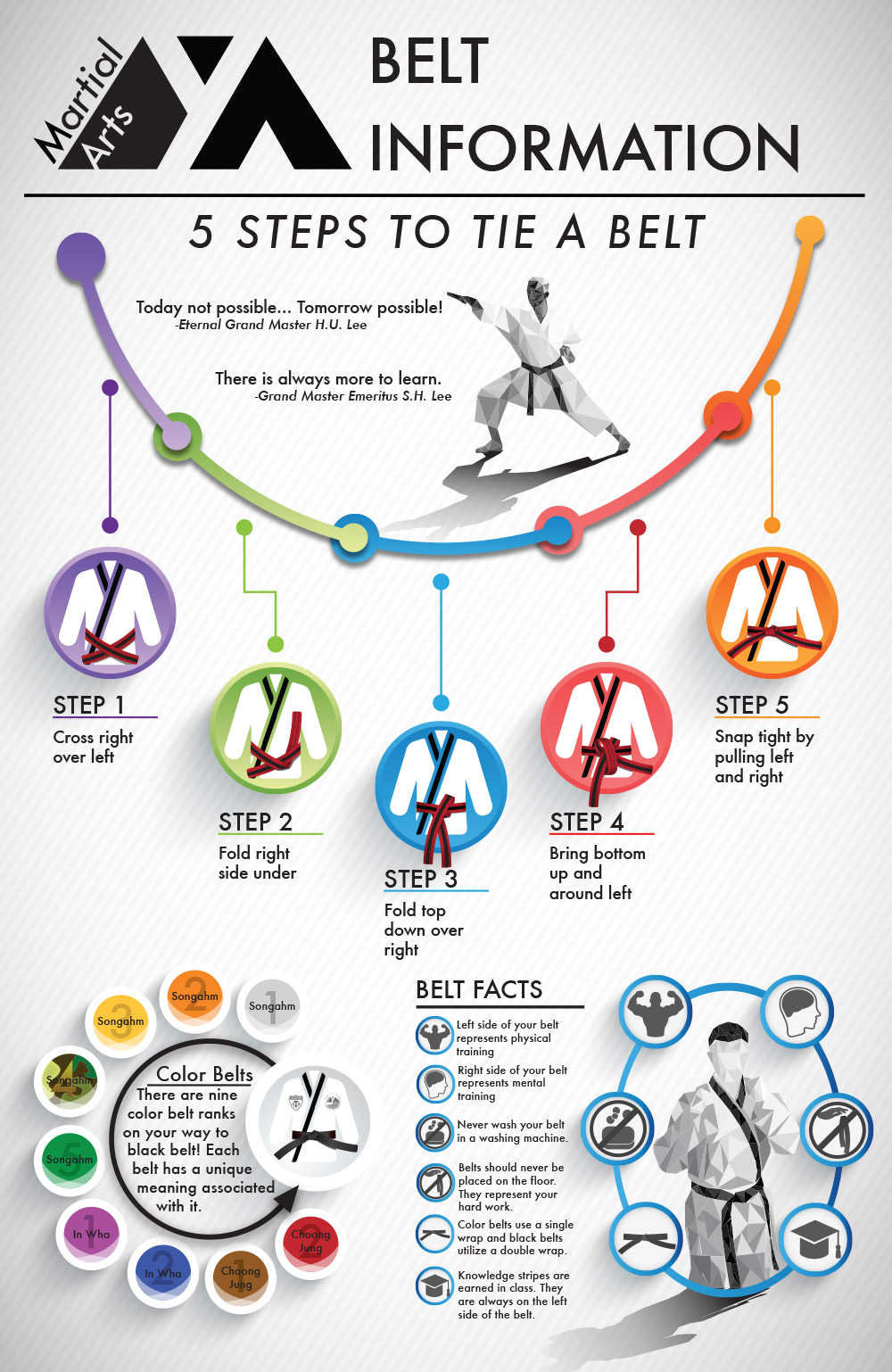 Yellow Belt
“The seed is beginning to see the sunlight.”
The student begins to understand the basics of Taekwondo.
The sun appears to be yellow.

Camouflage (Camo) Belt
“The sapling is hidden amongst the taller pines and must now fight its way upward.”
The student begins to realize his/her place in the world’s largest martial art. The student must now begin to spar in order to promote in rank.
Camouflage (greens) is used to hide among the trees in the forest.

Green Belt
“The pine tree is beginning to develop and grow in strength.”
The student’s technique is developing power. The components of the basic techniques are beginning to work in unison.
As the pine tree develops, it sprouts green pine needles.

Purple Belt
“Coming to the mountain. The tree is in the mid-growth and now the path becomes steep.”
The student has crossed over into a higher level of Songahm Taekwondo. The techniques, poom-sae (forms), and level of gyeo-roo-gi (sparring) becomes more difficult, creating a “mountain” that must be overcome.
Mountains are often depicted as being purple.

Blue Belt
“The tree reaches for the sky toward new heights.”
Having passed the mid-way point, the student focuses his/her energy upward toward black belt.
The sky appears as blue.

Brown Belt
“The tree is firmly rooted in the earth.”
At this point the student has mastered the basics and developed deep roots in Taekwondo.
Brown is known as an earthy color, such as dirt.

Red Belt
“The sun is setting. The first phase of growth has been accomplished.”
The first day (the period of time from white belt to red belt) of growth is coming to an end. The physical skill has been developed but lacks control; therefore, physical and mental discipline must now be achieved.
Variations of red are found among the many colors of the sunset.

Red/Black Belt
“The dawn of a new day. The sun breaks through the darkness.”
The previous day has ended, giving way to a new dawn. The student must begin a new phase of training; that of being a black belt.
The red is the sun (in a sunrise) as it breaks through the black of night.

Black Belt
“The tree has reached maturity and has overcome the darkness… it must now ‘plant seeds for the future.’”
The color black is created when all the colors of the light spectrum have been absorbed into an object. That object has “taken control” of the colors and retained them. If one color was to “escape”, the object would no longer be black but would appear as that color. The student has mastered the nine geup (grades) of Taekwondo. He/she has “absorbed” all the knowledge of the color ranks and overcome or “mastered” that level or training.
The colors of the spectrum are bound together and are not reflected off an object, resulting in the absence of color which we call black